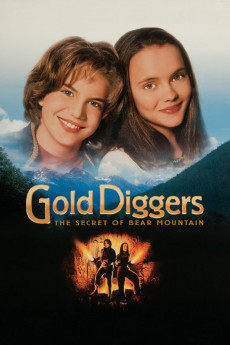 Adventure / Drama / Family Moving from the big city (LA) to a backwater town is always difficult, but especially for the one doing the moving. After her dads death, Beth Easton and her mother, Kate, move to the house left to the family by a deceased aunt. Kate meets up with several old friends, but Beth has none. Slowly, however, she makes friends, despite the lack of a nearby mall or anything else to do. Soon she meets up with two boys fighting ... except one isnt a boy, but a girl. The girl, Jody, is shunned by her peers as a "bad kid." As the film progresses, we see Jody as the apparent victim of a bad relationship between her own widowed mother and Ray, a man who, like everybody else, grew up in the town. Somehow, Beth sees that Jody isnt all that bad; "she just needs a friend." Beth sticks by her, even when Jody is blamed for almost killing Beth. Jody has a dream, though, a dream of finding lost gold in Bear Mountain, left there by a legendary woman named Molly Morgan. Jody has a map, and she has a "condo" in the mountain near the entrance to a series of caves & tunnels leading to the supposed gold. On the first day of summer, Jody and Beth find the cave where the gold supposedly is hidden. The movie continues digging deeper into Jodys life through Beths eyes. Although the legend of Bear Mountain is the prime motivator of several incidents, its Jodys relationship to Ray, her mother, Beth, and the rest of the townspeople that provides the focus of the movie. —Joe Sewell